`La cultura es femenina´ is back on its feet for another year with empowering open calls and artistic residences.

This cultural project, based on the island of Tenerife but with an international vocation, promotes equality in the field of culture.

Aimed to promote and defend gender equality in art and culture, the `La cultura es femenina´ Prize is launching two open calls and two artistic residences whose deadline for entries is January the 28th, 2020. As a novelty in its 2020 edition, music has been added to the already large array of disciplines this prize had included in previous editions.

Call for artists. The first open call addresses to authors working within any artistic discipline (painting, sculpture, illustration, photography, video art, performance etc.) who deal with the visual representations of women in art, nowadays. Thus, it invites applications from artists who dedicate their work to the representation of contemporary women, and to how artists represent #lamujerhoy (#womantoday). The works selected through this open call will be presented within a multimedia exhibition to be held at Espacio Cultural El Tanque (Tank Tenerife) in Santa Cruz de Tenerife, Canary Islands. The `La cultura es femenina´ Prize of Euros 700 and a trophy will be awarded to one single work chosen among the selected works.

Call for female music artists. The second open call focuses on promoting and supporting emergent music artists residing in the Canary Islands and is addressed both to female music bands and single female singers who are at the beginning of their career or who have been carrying it out for a few years now. The selected artist or band will be invited to perform at the gala evening scheduled on Saturday, the 15th of February, 2020, will also be awarded a single prize of Euros 700 and the trophy of `La cultura es femenina´ 2020 Prize.

Call for Urban Art and Literature residencies. Furthermore, two residences – one for Urban Art (graffiti, murals, street installations, urban collages, etc.) and one for Literature – have been launched. In the latter, writers, thinkers and theorists are invited to tell the contemporary story of how and if women’s representations in the arts and museums have been changing. Each of the two residencies will be 15 days long and is offering Euros 1.000 gross. Additionally, the trophy of `La Cultura Es Femenina´ 2020 Prize will be awarded at the gala evening scheduled on Saturday, February the15th, 2020.

More about `La cultura es femenina´ Prize. `La Cultura Es Femenina´ Prize is part of a larger initiative called `Why culture matters´ that is an interdisciplinary project, which studies, collects, interprets objective data having an impact on culture and creativity, and gives public dissemination of the knowledge and conclusions. It is a project whose mission is to give objective answers to the question of `Why culture is important in equality?´ from different points of view and disciplines. The project also aims to help speeding up the process of achieving equality in culture.

Why do we need to talk about women and culture? In the art and culture world it is difficult to find women in prominent positions. Females are mostly depicted as ‘mothers’ and carrying out everyday household tasks, as opposed to holding political positions, for instance. This is just an example of what we can find when we focus on inequality in the field of culture and the depiction of women in art. The project #laculturaesfemenina gathers different fields of contemporary artistic practices, acts in different spaces and in doing so it engages female artists from various backgrounds to encourage creativity in equality. In this way, it points out the underrepresentation of women in arts and the existing gender inequality in the cultural sector. For this, rather than just one, #laculturaesfemenina is a sum of projects: it consists of cultural intervention projects in different areas by mostly female artists with works created by mostly female authors.

Details and contact. For more information and inquiries concerning the terms and conditions of the calls, please visit our Facebook profile: “El Laboratorio del paisaje” or send us an email at info@ellaboratorio.org 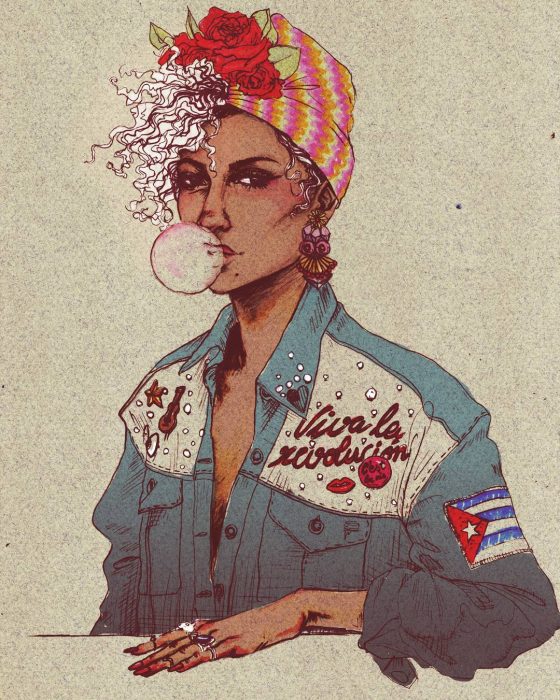